I do love incorporating geometrics into my paintings.  Many of my recent ones are urban landscapes or villages whose forms allow me to slash and cross cross with abandon.  I’ve also found that deconstructing my unending supply of Amazon boxes allows me to add quirky texture to a surface I’ve already roughed up with tissue paper and gesso. 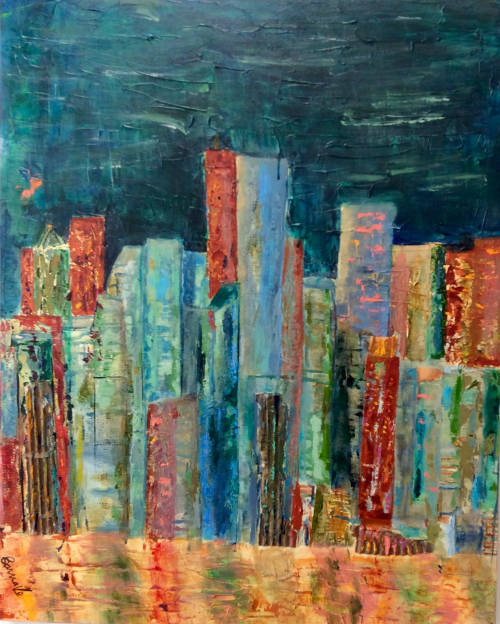 Here is my very latest, Reflections, which has an abundance of texture in very appealing shades of teals and greens with reflections on water in saffron and pumpkin.  (24”x 30” acrylic).

I usually start from a photograph, often one I’ve ripped from The New York Times.  I might draw my inspiration from the photo, but then the painting takes on a life of its own.  A fun but sometimes frustrating process to get it just right.  The final product may bear little resemblance to the photo which inspired it but along the way, it has become my own.

In Cliffside, I began with a lot of texture from thickened gesso which seemed to want to dictate what I painted.  There are two small boats in the harbor that were formed by the gesso ... there was no fighting it.  The hillside dwellings just followed in an impressionist style. There was a large sailboat which wanted to appear, but I fought it mightily and just barely won.  It would have been too large for the small harbor.

I do like the dramatic sky and can even see some mountains in the distance.  A few years ago we were on a Viking cruise from Barcelona to Rome and Cliffside takes me back to the lovely perched hillside villages we saw as we passed by. 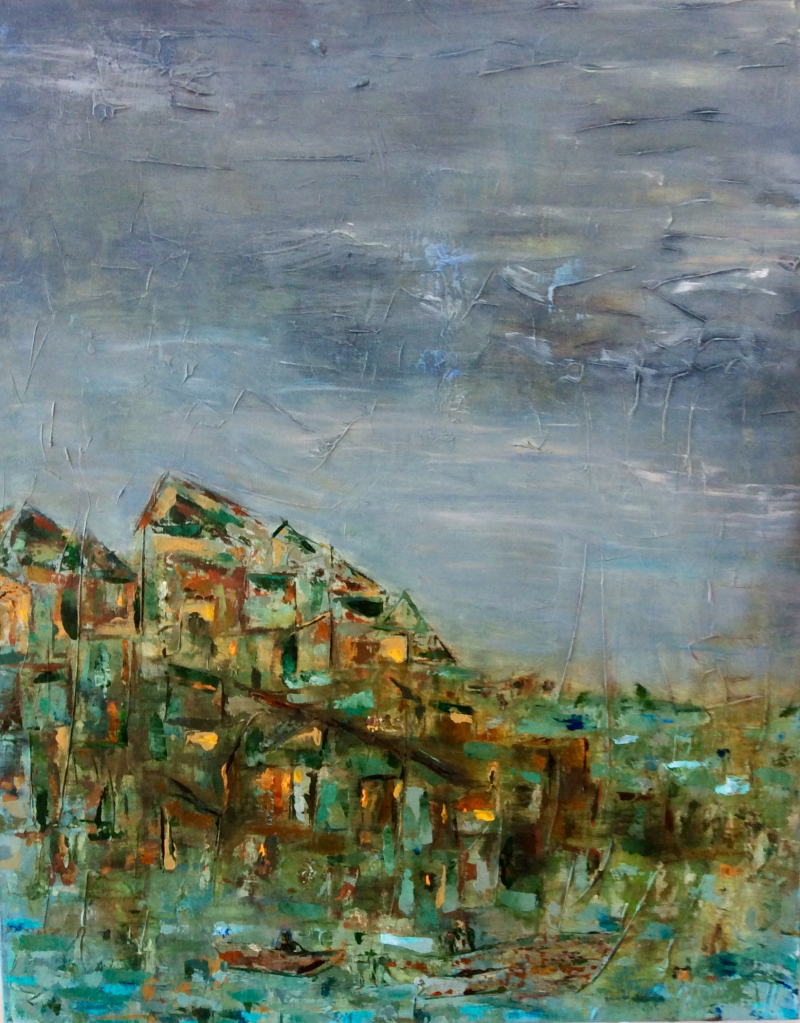