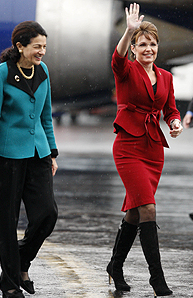 I have expanded!  Look for my pieces at Cole Haan in Freeport, Maine as well as the Artisans in McLean, Va.

Cole Haan purchased a bracelet and four necklace/earring sets of volcanic rock, handmade African glass and South American tagua nuts on my visit there in early September.  The bracelet was a beautiful charm style with scores of freshwater cultured "coin" pearls in teal and olive.  When I stopped by ten days ago on our "leaf peeping" expedition, Cole Haan had already sold two of the pieces!

Maybe I'll even spot Sarah Palin wearing one of my pieces since the New York Times featured a photo of her wearing new Cole Haan boots (purchased in Freeport?) on an outing in Maine with Senator Susan Collins. 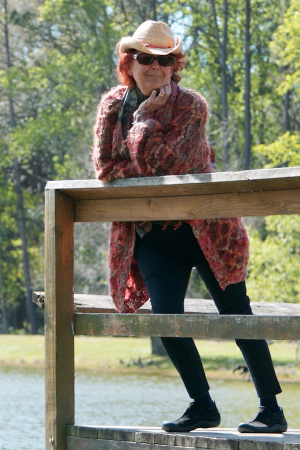